skip to main | skip to sidebar

Train to the Sky 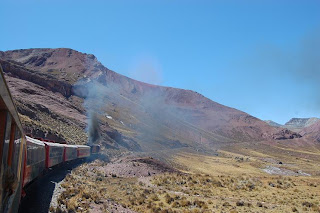 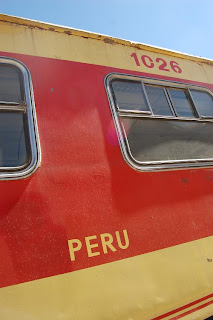 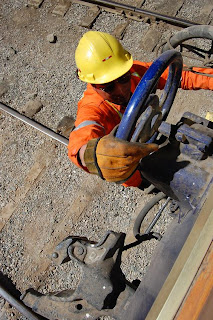 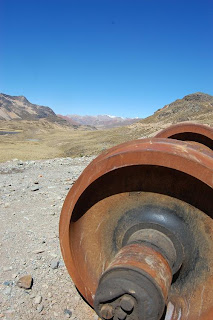 At 7am punto the wheels of the Ferrocarril Central Andino screech off on their tracks through the dusty shantytowns, the outskirts of Huancayo, and on through the Rio Mantarro Valley. We climb from the nearly 10,000 feet altitude of the altiplano towards the route´s peak - La Galera Station - at 15,681 feet above sea level, the highest train station in the world. 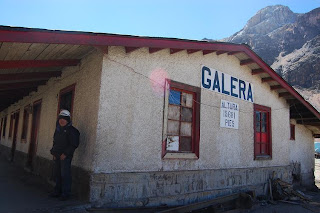 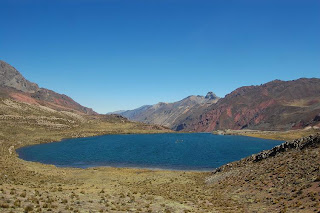 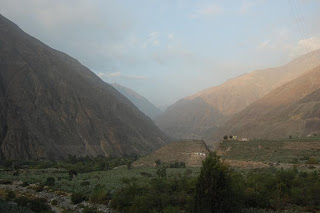 Actually, it´s the second highest. There´s a certain sense of resentment and dismissal among Peruvians at the recent Chinese feat of topping this railroad´s claim to be the highest railroad in the world. With modern engineering and big money, the Chinese managed to construct a state-of-the art high-speed train across Tibet in a few years. This train has a longer and more difficult story to tell. 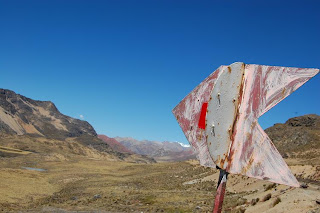 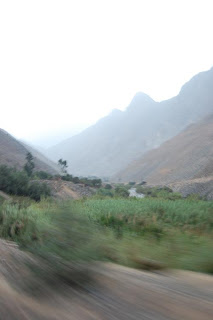 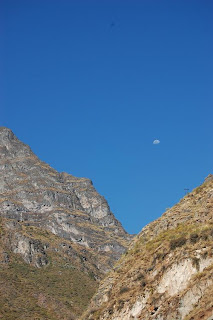 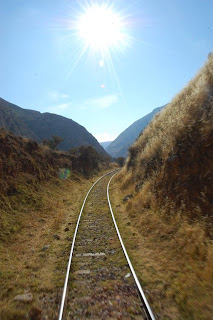 Originally opened after forty years of construction in 1908, the railroad was designed by Polish engineer Ernest Malinowski for the transport of copper and zinc from the Andes to the Pacific ports at Lima. Service was disrupted by a war with Chile, the internal struggle with the Shining Path guerrilla organization, and finally came to a stand still in 1991, after one of the stations was blown up by the Shining Path. 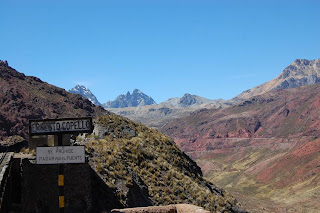 As roads and bus service through the mountains improved in the interim, it seemed the train was down for good. Lucho Hurtado, the man behind Incs del Peru, the Huancayo-based travel company responsible for my weaving courses and accommodations there, was one individual determined not to let the train die. For fifteen years, Lucho led efforts to raise money and convince the government to restore the train service. 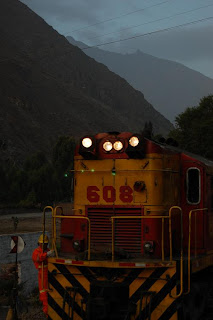 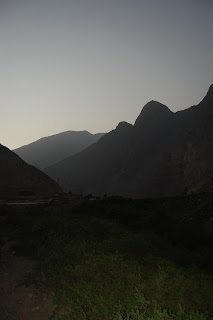 In recent years, the dark cloud of terrorism and the Shining Path has lifted from the Central Andes, and tourists have started to return. Finally, late last year, it was announced that passenger service on the railway would begin again in 2007. 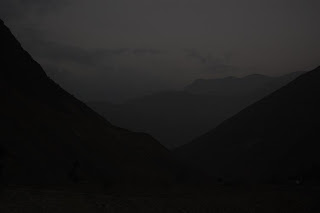 Thus, I am riding this train today and witnessing this spectacular landscape because of the blood, sweat, and tears of the Peruvian people who scaled these breathtaking heights to dig tunnels and lay tracks more than one hundred years ago, with the limited technology they possessed; who have seen their lives and land disrupted by war and terrorism; the people who, today, as we pass through every farm and village, run out from their homes and schools, stick their heads out of windows, hold their young children up to watch, and they wave and smile as we pass, excited that their train is running again! 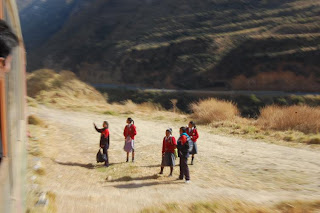 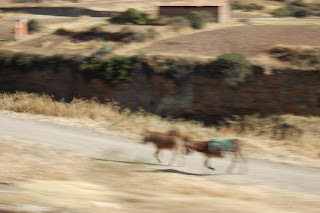 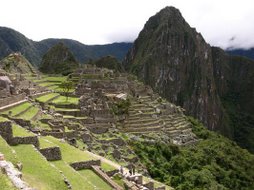 29 June Flight from New York to Quito, Ecuador 30 June - 1 July Explore the sites of Quito 2 July - 6 July Spanish language classes at the Instituto Superior de Espanol in Quito 8 July Overnight bus from Quito to Coca, Ecuador 9 July Travel by boat and dugout canoe on the Rio Napo to Yarina Lodge in the Ecuadorian rainforest 9 July - 13 July Spanish language classes at the Yarina Lodge through the Instituto Superior de Espanol 13 July Return to Quito via boat and bus 14 July Flight from Quito to Lima, Peru 15 July Bus from Lima to Huancayo, Peru 16 July - 20 July Lessons in traditional Andean Weaving at Incas del Peru in Huancayo 21 July - 23 July Day trips in the Mantaro Valley, exploring village artisan traditions and Incan archaeological sites 24 July Return from Huancayo to Lima via the newly-restored Central Andean Train service 25 July Flight from Lima to Cuzco, Peru 25 - 26 July Explore the sites of the ancient Incan capital city of Cuzco, including a visit to the Center for Traditional Textiles of Cusco, an institution that was founded in 1996 to help preserve the traditional weaving and textile traditions of Peru 27 July - 30 July Four-day trek on the legendary Inca Trail to the lost city of the Incas - Machu Picchu. Read an account of this hike in the New York Times 31 July Train from Cuzco to Puno, Peru, on the shores of Lake Titicaca 1 Aug - 2 Aug Explore the Islands and native cultures of Lake Titicaca 3 Aug Return by train from Puno to Cuzco 4 Aug Flight from Cuzco to Lima 5 Aug Flight from Lima to New York

Where in the World I've been...

Where I've been in the U.S.